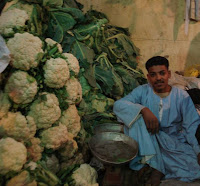 Jerusalem – Tomorrow in Cairo, Barack Obama will address the Muslim World. His speech is an opportunity to redefine the relationship between America and the Muslim World and to challenge us to personally contribute to confronting problems that threaten us all.

Presidential speeches delivered to audiences that numbers in tens or even hundreds of millions are a big deal. They are a moment for grand ideas and an opportunity to deliver a vision or political horizon. President Obama has already committed to a timetable for Iraq as well as to closing down Guantanomo; and he is also at work on the Israeli-Palestinian conflict. These are the overarching political issues that interest a lot of the people in the Muslim World. It doesn’t seem necessary to use such a stage to re-commit to goals and processes already set in motion just a few months ago. People are looking for action on these fronts, not a repetition of promises. So what will the President say in Egypt? 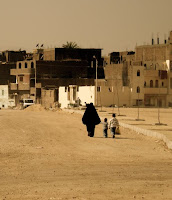 I hope that President Obama will reach below the layer of international conflicts that plague parts of the Muslim World and speak about the core human development problems that afflict many Muslim-majority countries. Dictatorial and corrupt governments, the absence of economic opportunities, poor education systems, and unequal and unempowered women are characteristics of many of the countries whose populations President Obama will be speaking to on Thursday, including his hosts in Egypt (and Saudi yesterday). Throughout the Muslim World, why is it that political systems are characterized by authoritarian rule? Or that women suffer from an absence of opportunities in every sector of society? To his credit, George W. Bush asked these questions and gave a couple of powerful speeches about the universal right to liberty.

In some cases, the messenger can be as important as the message, though. For many in the Middle East, the election of Barack Obama was not just a seminal moment in America’s history, but a turning point in their own personal evaluations of what is possible in life. President Obama is the ultimate spokesperson for a campaign to build empowerment and opportunities. In each place that I’ve lived or traveled in the Muslim World, I’ve found that on a popular level, the appeal of America is its people, culture, and open system. Our foreign policies may be almost unanimously opposed, but the promise of our rags to riches stories is the stuff of dreams. And nothing embodies the possibility of America as a land of dreams more than the election of a biracial son of an African immigrant to the most powerful position in the world.

Similar to his speech on race last year, President Obama has the potential to challenge the status quo, in this case the stagnant systems and authoritarian leadership of many of the countries in the Muslim World. He could question the personal accountability of his audience and call upon community leaders and young people to lead the way in taking responsibility for creating change in their own societies. 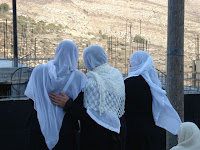 There is no guarantee that the right rhetoric, even delivered by the right messenger will equal success though. In fact, the problems that we talk about and work on in parts of the Muslim World are more than generational problems and they require long-term commitment and incredible personal will on the part of the people who want for change to occur. For this reason, if President Obama takes up the call for empowerment and opportunity growth, his speech must address not just his Muslim viewers, but the people who voted him to office last November.

While the President sets a vision, it is up to the rest of us to follow it and work towards its achievement. In this case, this means the strategic use of foreign assistance and diplomatic initiatives by our government, but that is not enough. The missing component since the 9/11 attacks has been the lack of an American service initiative in the Muslim World. America needs more unofficial ambassadors – global citizens who volunteer or work in the Muslim World.

Unofficial ambassadors, the embodiment of America’s appeal in this part of the world (the American people), can be the difference in communities from Morocco to Indonesia. From teachers to accountants to journalists to doctors there is integral work for Americans to do with civil society and government leaders who are trying to address the pressing human development challenges in their communities. Americans who can spend anywhere from a two week vacation to a year volunteering or working in their area of expertise can make contributions that not only help address some of these root causes, but also reinforce the positive Obamania images of our country.

What exactly do I mean? My latest example of an unofficial American ambassador making a difference is my father-in-law, Louis Kushner. 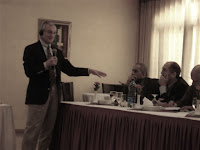 A few weeks ago, Louis, an expert mediator from Pittsburgh came for a short visit and volunteered his time to an ongoing Rule of Law training program in the Palestinian Territories. Louis taught a daylong mediation seminar and simulation to judges, representatives of the contractors’ union, and ministry of Justice officials. The training was based on methods that are universal, it was useful to the participants, and it was supportive of Rule of Law concepts that enable a society to settle a dispute through mediation rather than 1) litigation in an overburdened court system or 2) other less honorable means.

In addition to the formal training, Louis connected with the 20 Palestinian men and women attending the seminar on a personal level. Louis had never been to Ramallah and he found a vibrant city rather than the war zone he expected. He remarked to me several times how the training was almost the same as if he were doing it in Pittsburgh. Some of the disputes discussed were different but a lot of the questions were similar, and the people themselves were mostly the same. 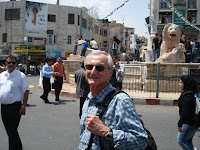 At the same time, Palestinian participants were appreciative of the opportunity to learn from an American expert and to make the professional connection. Representatives of the contractors’ union were enthusiastic about using mediation to resolve payment disputes. At lunch, when I asked one contractor if any of this was useful, he pulled out his wallet, showed me a roll of unpaid promissory notes for past work, and said “definitely.”

Ideally, Louis would have stayed for a week or ten days and taught a comprehensive seminar; one day of mediation training alone will not resolve that engineer’s unpaid promissory notes. But the creation of cross-cultural linkages and the sharing of expertise is a fine start. In the case of Louis, he now has a better concept of the problems people face here and an open invitation to return for a longer training. The Palestinians he worked with have a better idea of how mediation can work in their society as well as a connection to an expert mediator in the United States. 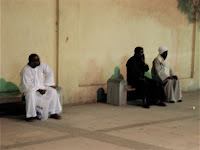 I don’t expect President Obama to speak about the Louis Kushners of the world in Cairo, but I hope that he speaks to them, not just to the people of the Muslim World. The election of our new President offers a unique opportunity to correct some of our post 9/11 mistakes. One of these mistakes was not educating the public about how the human development challenges found in this part of the world impact our national security. Another mistake was not encouraging Americans to do our share in addressing these challenges.

Tomorrow, Barack Obama has the chance to speak to these issues on a pretty large stage. Insha’allah, he won’t miss this monumental opportunity.
Posted by Ben at 10:00 PM

It's enjoyable to hear the positive side of things in the Middle East.