No, There is a “Muslim World”

Jerusalem - In the run-up to President Obama’s address to the “Muslim World” in Cairo on June 4, a number of experts have declared that the “Muslim World” is a figment of Usama bin Laden’s ideology. They argue that by accepting a division of the world into Muslims and non-Muslims, President Obama is entering into a field of play into which we as multicultural pluralistic Americans who cherish the separation of church and state can’t possibly succeed. While this is true to some degree it is an oversimplified argument.

Americans certainly have no interest in dividing the world between us and them on any category – Muslims vs. non-Muslims, men vs. women, whites vs. blacks, etc. Our society is based upon the concept that there is strength in diversity and that there are equal rights and the rule of law for all. We do not want to force Muslims to choose their identity as a Muslim (or any other specific identity) over other ties that bind – nationality, ethnicity, gender, and world-view for example. Our society and culture succeeds through inclusion, not by making people choose A and reject B. 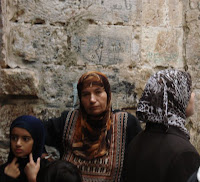 So, of course it is a mistake to address Muslims from Indiana to Indonesia with the assumption that each individual prioritizes foreign policy issues based upon his or her religion. The issues of Palestine, Iraq, and Pakistan are important, but for a British teenager in London whose Muslim parents emigrated from India, do these issues trump anti-Muslim discrimination? Or for a 40-year old mother of nine in Sanaa, do these foreign policy concerns matter more than low literacy rates and high unemployment rates of women in Yemen? I don’t think so.

But the U.S. President hasn’t gone to Egypt in search of a new Caliph who will represent the views of all Muslims worldwide. President Obama has demonstrated that he is culturally and intellectually aware enough to understand that the Muslim World is not a united monolithic bloc with a joint platform of priorities that transcends all other concerns. In fact, there is a pretty good chance that at some point in his speech he will offer language that praises the diversity and therefore strength of the Muslim World.

What critics of the use of the term “Muslim World” shortchange is that while there may be more divisions than connections amongst Muslims worldwide, there is undoubtedly a “Muslim World.” The Muslim World is the space and the community that is interested in issues related to Islam. It isn’t a world of borders per se, but of shared ideas and interests that range from discussions about the Koran, to “call to prayer” cell phone ring tones, to foreign policy issues related to the persecution of Muslim minorities. If not the “Muslim World,” than what should we call this intersection and collection of interests among people who practice the faith of Islam? In the same way that there is a Muslim World, there is a Catholic World, an Arab World, a Women’s World, and even a Runners’ World. The list could go on.

If President Obama wanted to go to the Sixth and I Synagogue in DC or to the Hebrew University in Jerusalem and give an address to the “Jewish World” about his policy on Israeli settlements, I would be quite happy. Perhaps because of my belief that President Obama is intellectually capable of making the distinction between Jewish Americans, Jewish Israelis, and Jewish Iranians, I would be very interested in hearing the President’s thoughts on issues that jointly impact the “Jewish World” and Americans. I would hope that the President would put his policy on settlements into the full context of international law and the peace process and educate the public about the choices that America is making and why.

I have similar hopes for President Obama’s address to the Muslim World. The President has already committed to an Iraq timetable and the closing of Guantanamo – two of the biggest political issues of interest in the “Muslim World” – so maybe he will address some of the human development problems, such as the absence of personal freedoms and economic opportunities that characterize life in many Muslim majority countries. Or perhaps he will discuss the gap in understanding that has grown between the general American public and Muslims since the 9/11 attacks. These are both worthy topics. There is little reason to express outrage about the proposed audience and to deny Muslims all over the world as well as Americans the opportunity to hear more about these issues and hopefully chart a course in dealing with them.
Posted by Ben at 7:00 PM

Labels: other things I obsess about, rants, unofficial ambassadors